You need to be logged in to save products in your wishlist.

((loginText))
By continuing use this site, you agree to the Terms & Conditions and our use of cookies. 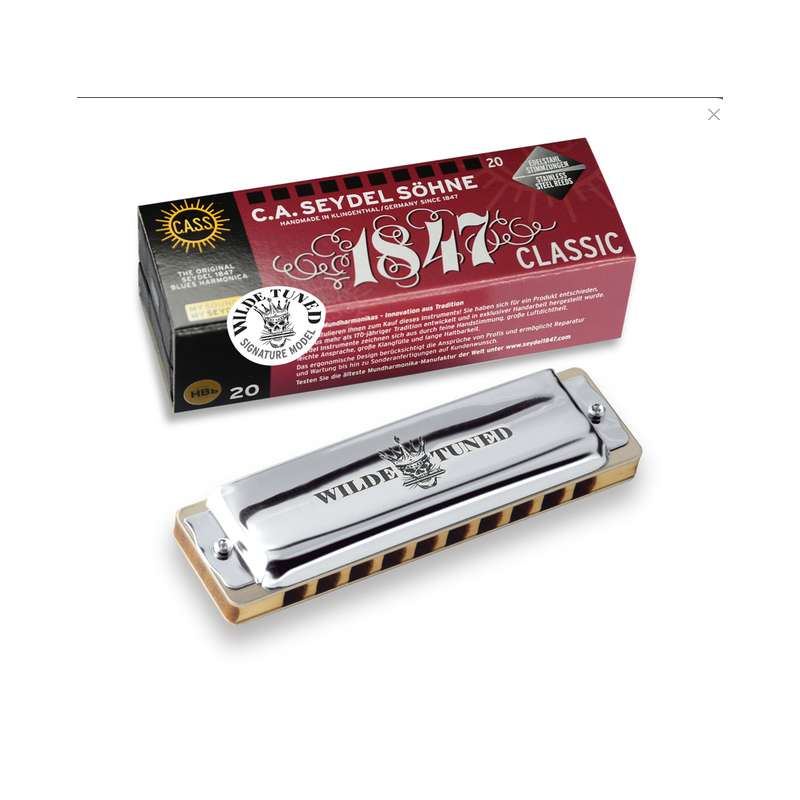 The Seydel 1847 classic in 2 special tunings the Wilde and Wilde minor harmonica.

Please check the tuning chart below to see which tuning you prefer:

Both WILDE TUNINGS in detail:

Holes one to five are unchanged compared to the Richter tuning. Holes six, seven and eight have the same tones as those in chambers two, three and four (one octave higher). Hole 9 has the same construction as hole 2 (two octaves higher) and in hole 10 the blow and draw notes have been swapped compared to Richter tuning, so that the expressive bending in 10 is now a draw bending! This setup makes playing the minor pentatonic and the blues scale much easier: you don't need overblows/overdraws to reach the minor third and the diminished fifth in the upper octave. These notes are now easily playable draw bends.

In Wilde Minor Tuning, the note arrangement is the same, but all thirds of the blow and draw chords are tuned one semi-tone lower than in the major version (2,5,6 & 9 blow and 3 & 7 draw). As with all SEYDEL harmonicas tuned in Natural Minor, the key-label designation of the minor variant is based on the fundamental of the "Natural Minor" scale to be played in channel 2 draw (2nd position).

SEYDEL Endorser Will Wilde is the inventor of this Special Tuning which is very well suited for "tougher" musical styles like Hardrock or Blues-Rock. Read here how this tuning was invented and why Will uses it regularely since a few years in his shows:

"I designed the Wilde tuning specifically for playing hard rock and blues-rock on the harmonica. As much as I love the standard Richter tuning, I have always found it frustrating when it comes to playing “rock guitar” style licks, particularly in the upper octave.  The Wilde tuning addresses all of the problems I had with Richter, whilst still retaining the bluesy feel of classic second position harmonica that we all know and love.

I have always preferred the sound of draw notes and draw bends to blow notes and blow bends, as you can get more expression and a better tone & vibrato from them.  So, on the Wilde tuning ALL of the draw notes bend (from holes one to ten) and your root note lands on a draw in all three octaves.

The special tuning Wilde Minor is directly derived from the Wilde Rock Tuning. Like the latter, the Wilde Minor Tuning enables the fluent playing of hard rock and blues rock licks, dedicated to minor-heavy pieces of music.

The 1847 CLASSIC in Wilde Minor Tuning is available in the most commonly used minor keys of Cm, Dm, Em, Gm and Am (labeled in 2nd position).

The key on the sticker describes the root note of the minor key played in 2nd position.

• less air-loss due to fine-cut reedplates; optimized flatness and extremely small tolerances between reed and reedplate

• friendly to beards and lips; cover plates with rounded edges ,no cuts at the mouthpiece and ergonomically built hole openings and rounded dividers

• the overtone-rich sound can spread out undampened, covers made of extra strong stainless steel sheet (0.4mm), opened wide at the back and crimped and therefore a good stability and rounded edges; special Will Wilde Logo on the upper cover plate

I think that the Wilde tuning is the configuration that every aspiring rock harp player has been waiting for."

Details about Wilde Rock special tuning: Holes one to five are exactly the same as standard tuning.   Holes six, seven and eight are the same as holes two, three and four (just an octave higher).   Hole nine is the same as hole two (two octaves higher) and the reeds in hole ten have been switched around (so that the ten blow bend is now a draw bend).  This makes fast minor pentatonic/blues scale runs much easier and means you no longer need to overblow/overdraw to get the flat third and flat five in the upper octave as they are now available as simple draw bends.

• Full and loud, overtone-rich sound and extremely fast tone-response due to stainless steel reeds
• Very long durability and even with heavy duty playing - stainless steel reeds and stainless steel rivets
• Less air-loss due to fine-cut reedplates - optimized flatness and extremely small tolerances between reed and reedplate
• Beard- and lip-friendly - coverplates with rounded edges without any cuts at the mouthpiece and ergonomic built hole-openings and rounded dividers
• The overtone-rich sound can spread out undampened - covers made of extra strong stainless steel sheet (0.4mm), opened wide at the back and crimped and therefore a good stability and rounded edges
• moisture-proof, swelling-free maple-comb, sealed with multiple layers of food-safe finish

The 1847, a harmonica, that impresses from innovation but nevertheless fits all traditional demands - a master's instrument for maximum ambitions.

The 1847 is the result of more than 170-years of experience in manufacturing high-quality harmonicas. Also in a set with the most important keys.

Please, login to leave a review 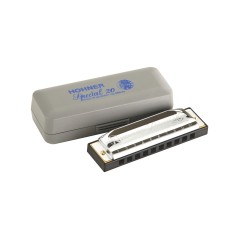 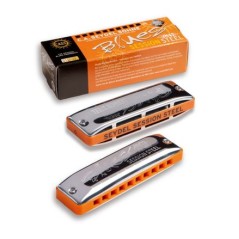 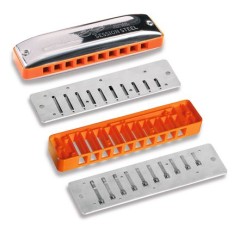 16 other products in the same category: 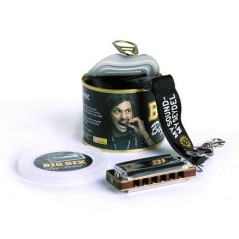 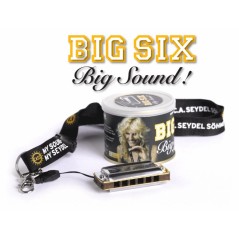 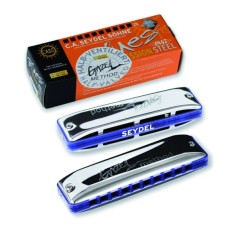 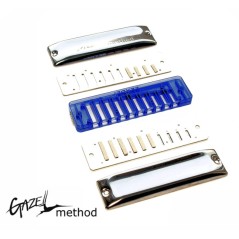 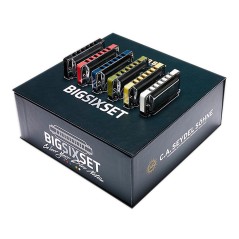 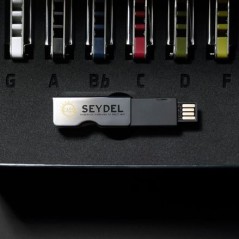 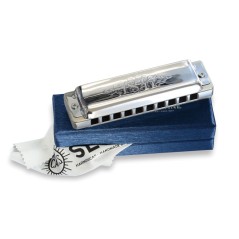 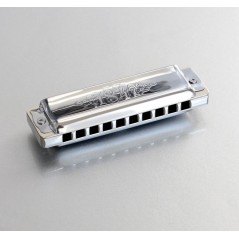 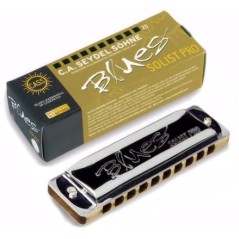 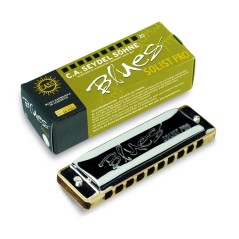 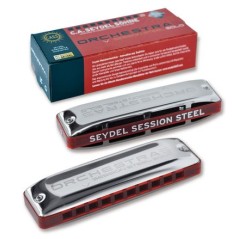 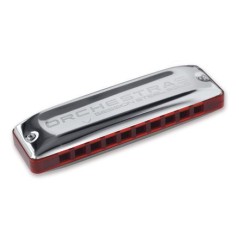 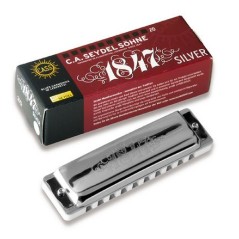 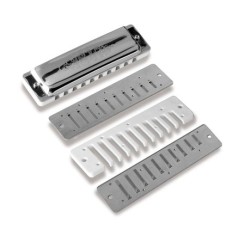 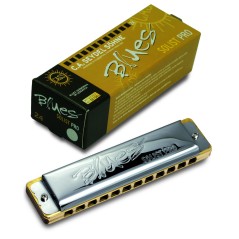 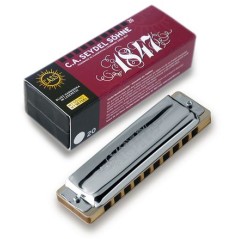 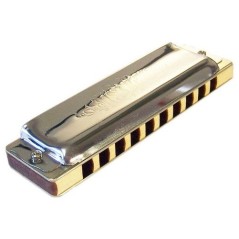 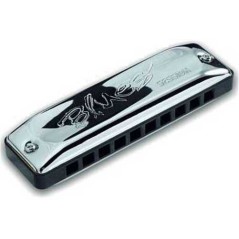 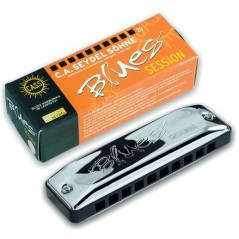 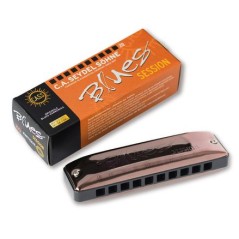 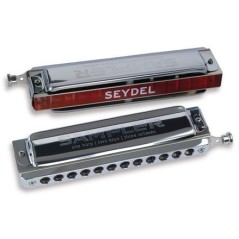 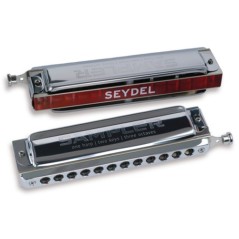 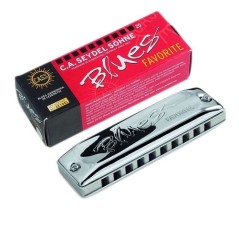