By continuing use this site, you agree to the Terms & Conditions and our use of cookies.
Top Category


For the first time in 20 years Seydel harmonicas that are hand made in Germany announces a general price increase.

What is the best harmonica for beginners? In this article we'll help you select your first harmonica.

What Harmonica keys do you need?

Harmonicas come in a wide variety of keys. Depending on your level and what style of music you're playing you might only need one key. Let's see ...

what harmonica to buy? Buying a harmonica really depends on several factors and here we're going to help you make the right decision So let's ...

Many buyers are not aware that there are actually four different harmonica families:

The diatonic harmonica: is definitely the most sold and most common harmonica in the world. It is
90% of the time tuned in standard Richter tuning (most manufacturers won't even specify it is standard
tuned because it is so common) and the standard model is a 10 hole diatonic. Occasionally you will see
12 or 14 hole diatonic or special tuned harmonicas but that is not the norm.
Traditionally the diatonic harmonica has been used in Folk, Blues, Rock and Country music making it
the instrument of choice for traditional and blues melodies.
Some of the most famous diatonic harmonica players: Sonny Boy Williamson, Little Walter, Bob
Dylan, Charlie McCoy, Paul Butterfield, James Cotton.
The diatonic harmonica's main drawback is that it naturally only gives you half of the notes. If you blow
and draw on those 10 holes you will get 19 notes out of 38 possible notes. To get the 19 missing notes
you will need to bend and overbend the remaining ones. Those techniques can sound great and give its
character and growl to the diatonic harmonica but they also require a lot of work.
To get started you want to purchase a 10 hole key of C diatonic harmonica. 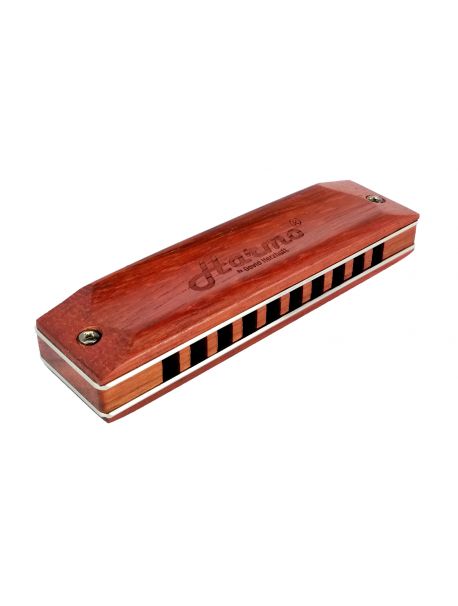 The chromatic harmonica is more straight forward as it was designed to access all the notes easily like
a piano does. It comes also tuned standard by default even though some brands offer special tunings as
well. The standard key is C.
Traditionally the chromatic harmonica has been used in Classical, Jazz and Pop music. 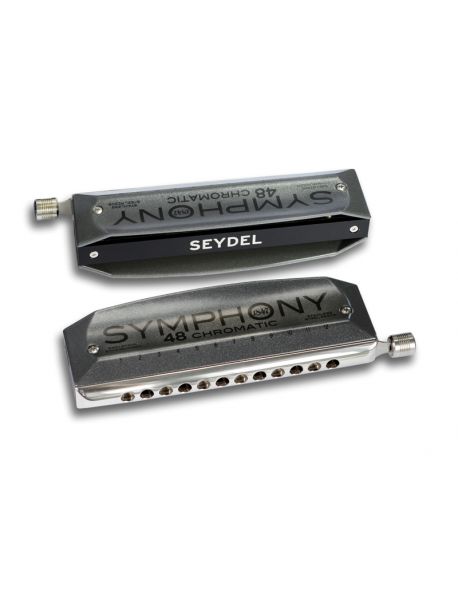 The tremolo harmonica: This model is much less popular than the diatonic and chromatic but is
probably the one you've seen your grandpa play. It is a diatonic double reeded model. Each note is
produced by two reeds (instead of one) producing the same note at a very slightly different pitch
creating a tremolo effect. The sound is very smooth and accordion-like. The downside of this model is
that you absolutely can't get any extra note. You can actually really only play in the key it comes in. It's
good for very simple melodies but again this is a very limited instrument.
The octave harmonica (widely discontinued) is using the same concept of double reeds but the second
reed is playing a note an octave lower than the main one. 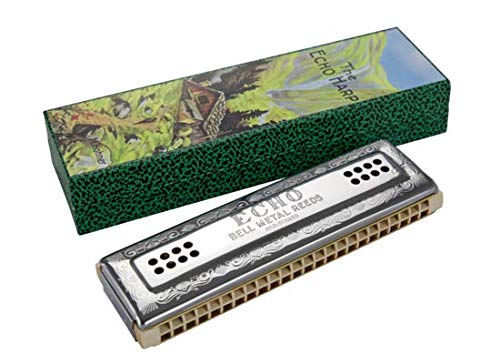 Orchestral harmonicas:
Chord harmonica:
It is a special harmonica that is very big and cumbersome. It allows you to play
chords to accompany other musicians. The possibilities for chords are great. It became popular with
harmonica orchestras and trios in the 1930s. All the notes are blown notes no draws here! This model is
very expensive and not really popular overall. A good addition to the harmonica collection though.

Bass harmonica: This model is usually a two and a half octave bass harmonica which covers a lot
of ground. You can only blow in this harmonica so the technique is somewhat different than the
chromatic and diatonic. Some brands make smaller, more compact models that are a bit easier to play
and carry around even though they might compromise for less range than the standard model.